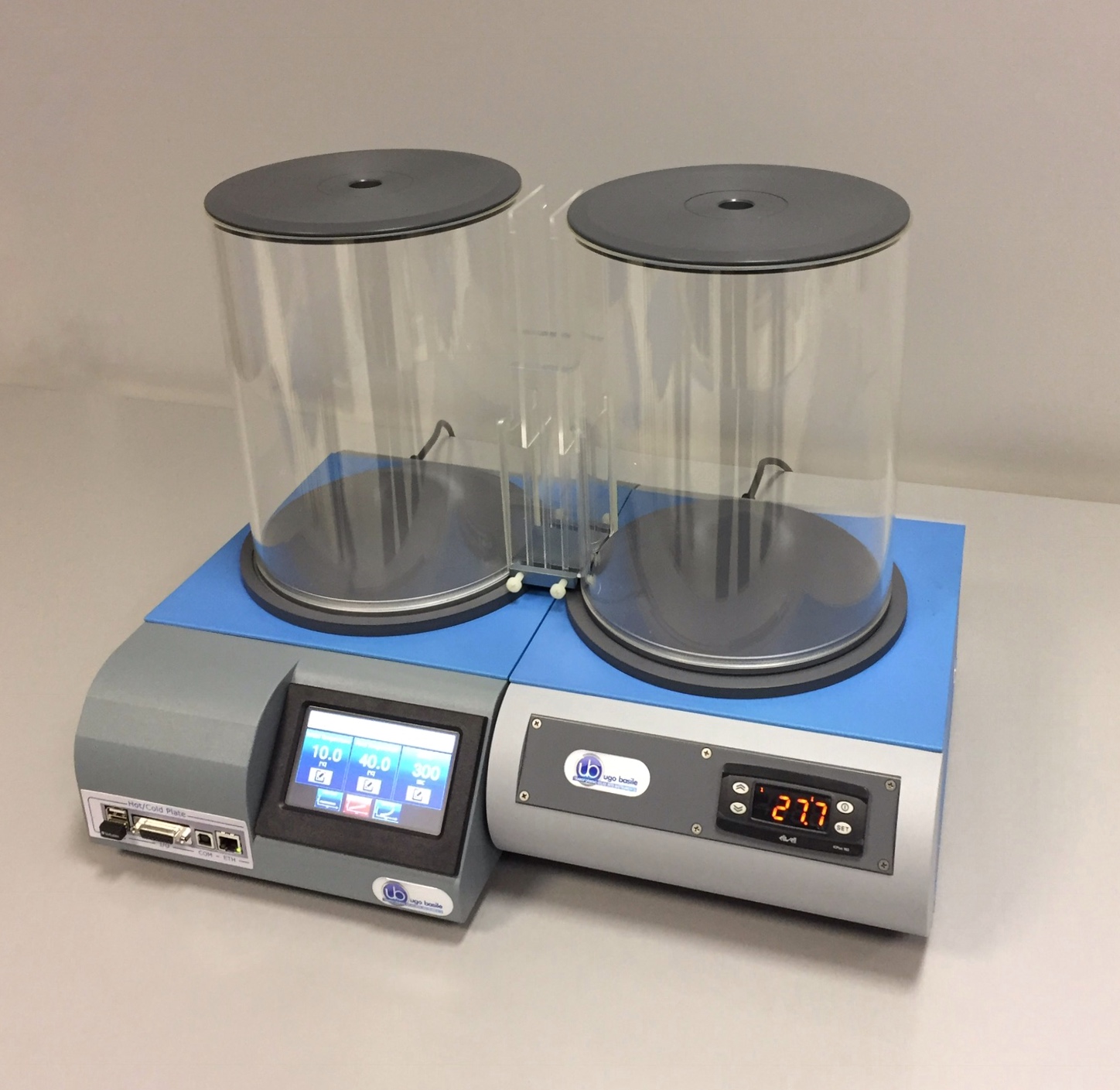 Optional
An “auxiliary” conventional Hot Plate 35150-002 is available as optional; this self-standing unit may be used for the habituation phase before the test, thus reducing the use of the main unit to the test proper.

The hot plate tests the pain response in animals, used in basic pain research and in testing the effectiveness of analgesics by observing the reaction to pain caused by heat.

The method, devised by N.B. Eddy and D. Leimbach in 1953 (see paragraph 8.1-Method Papers) evaluates the reaction time of mice dropped on a heated surface and thus confronted with a heat stimulus applied to the plantar surface.

Eddy and Leimbach used a behavioral model of nociception where behavior such as jumping and hind paw-licking are elicited following a noxious thermal stimulus. Licking is a rapid response to painful thermal stimuli that is a direct indicator of nociceptive threshold. Jumping represents a more elaborated response, with a latency, and encompasses an emotional component of escaping.

When a central analgesic agent is administered to the animals, reaction time is markedly increased.

The new Hot/Cold Plate 35100 has been designed to study more recently published cold receptor systems of neurons, which are not activated by cold but rather by chemicals, as well as the traditional cold receptors. These neurons are present in the CNS as well as PNS, but they are different from the neurons which sense pain.